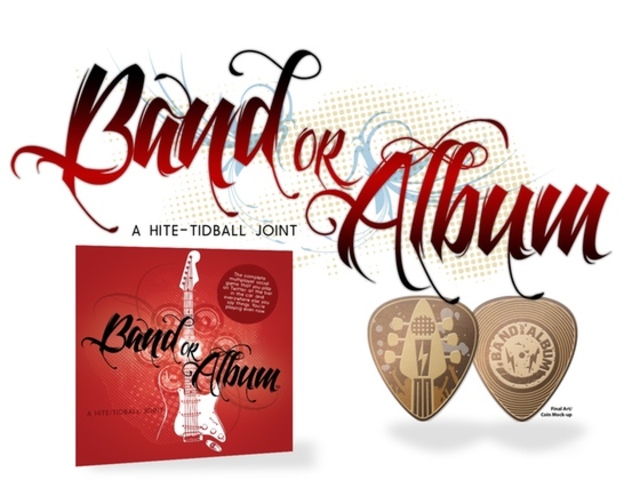 My Next Kickstarter is Going On Now

Hi, Band or Album backers. I hope you're still having a great time identifying bandtasticism and calling out albumlyness in the world around you.

I wanted to drop you a quick note because I'm part of a new Kickstarter project called Meeples Together, a book about how and why cooperative games work.

If you're a gamer, superfan, critic, or game designer, I hope you'll check it out.

My latest Kickstarter endeavor is The White Box, a game design workshop-in-a-box. It's for people who think game design is awesome. If that's you, have a look. If it's someone you know, pass the link along?

My thanks, and I hope your Band or Album'ing is still going strong. I carry my coin in my left back pocket pretty much every day.

Last night I blasted out download links to Thirteen Meditaions on #EarwormNinja, with Two Bonus Games for Online Amusement to all y'all Band or Album backers. That's three meditations and two bonus games more than promised, but when you're moved to add meditations and bonus games, you add them.

That's the last of the promised Band or Album rewards. Since you've had your coins for a couple of months now, think of it as an encore. I hope you enjoy reading and playing #EarwormNinja.

As an early adopter, you've no doubt been exposing Band or Album to late-coming non-trendsetters who weren't plugged-in enough to back the campaign, or who didn't get it at the time. Bless you.

If your Band or Album–lacking friends, neighbors, and countrymen need to remedy their situation, bandoralbum.com is their one-stop shop. Although the order page currently speaks of "Pre-Orders" (we'll get that fixed soonish), it's still active for post–Pre-Orders. Folks who leap aboard now have missed out on the Black Nickel and Platinum premium finishes — those are all gone — but non-trendsetters must sleep in the bed that brought them, if you'll forgive me for taking a pair of metaphors out behind the shed and shooting them.

Campaign Coins is also selling Band or Album coins and rules; their shipping is probably cheaper than mine and they almost certainly process orders faster than I do.

Band or Album rules are now, and Thirteen Meditations rules will soon be, available on DriveThruRPG as PDFs.

Adventure Retail, Ltd. (look for Atlas Games in the show directory) will be selling Band or Album and Origins, San Diego Comic Con, Gen Con, and Dragon Con. Campaign Coins will have them at Gen Con, along with about a billion other wonderful coinages, so visit them, won't you?

If you didn't receive something you're due from the campaign, drop me a line. There are three of you floating around who haven't responded to your BackerKit surveys, for example. I'll assume that's a political statement of some kind until I hear otherwise.

Thanks again, mightily, for supporting Band or Album. All y'all are the best.

The last physical rewards are away, rockers. A small handful of backers have outstanding BackerKit issues, but as of about 30 minutes ago, everything I can ship has been shipped.

No rest for the wicked, of course — I still owe you all the stretch PDF reward Ten Meditations on #EarwormNinja. Look for that sometime in April, as it seems clear that the GAMA Trade Show and its attendant what-have-you are likely to eat the rest of March.

Do you have a question? A thought? A gripe? Drop me a line.

Did you get your rewards? Put a picture on Twitter, and remember the #bandoralbum hashtag.

Did someone near you just say something that's the name of a band, or an album? Call the question.

Did your friends fail to back the campaign and thus receive no rulebooks, no collector coins, no guitar picks? Of course they did, because you are the majestic, ahead-of-the-curve early adopter in your social circle. But you can help these late bloomers, even still, because all Band or Album swag is still available for purchase at bandoralbum.com. Spread the word, won't you?

The unexpected postal challenge that I should have seen coming, rockers, is not that shipping is expensive — my estimates there were pretty good, even with the recent USPS rate increases — but rather, that it's challenging to pack a set of paper rules into an envelope-style mailer with a small baggie of coins and not have a certain level of concern that latter will bang the hell out of the former in transit.

After all, did anyone's rewards include a banged-to-hell set of rules for Band or Album?

I didn't think so.

I have dispatched some test mailings of various backer levels to various parts of the US. If those all arrive in good shape, I'll mail all the rest using the same packaging.

This will delay shipment by a week or so, I imagine, but I figure better you should get your rewards in good shape than get them immediately, especially since we're a good two months ahead of the promised delivery timeline. That's how we roll here at Band or Album Central.

The exceptions — as ever — are our Wildly Beloved Executive-level Backers. Their shipments have gone out today or will go out on Wednesday not because of the generosity of their backing (as welcome as said generosity was and is), but rather, because the enormity of their rewards go into a Priority Mail box rather than an envelope, where it's much easier to protect them.

You all are the best.

(I should add: If you are exceptionally eager to get your goods right now, at risk of damage to your printed rules, drop me a line and I'll ship your stuff out right away.)